A cross-chain swap enables trading tokens across different blockchains without using an intermediary party (e.g. an exchange service) in the process. 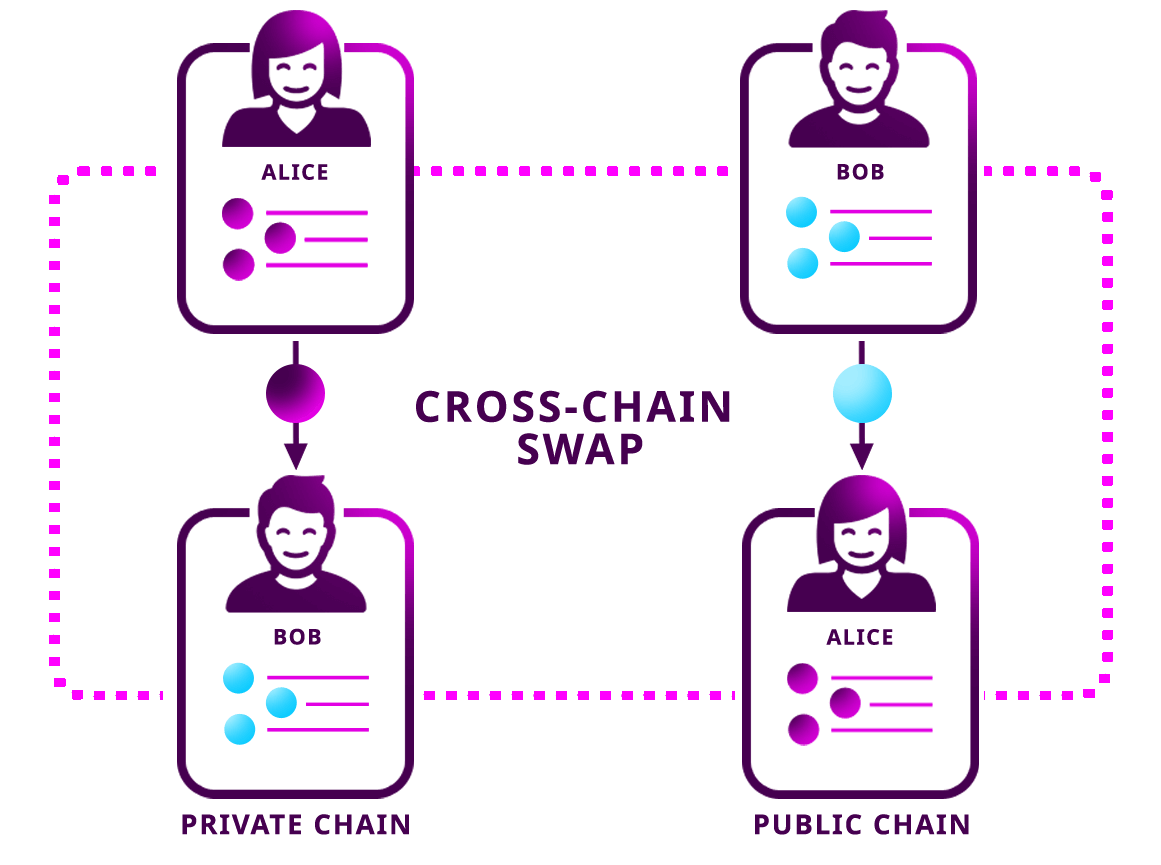 Symbol follows the Hashed TimeLock Contract (HTLC) protocol to create a trustless environment for the decentralized exchange of assets. The protocol guarantees that if all participants agree, the swap will take place. On the contrary, each participant should receive their locked funds back if some of them decide not to conclude the process.

HTLC uses hashlocks and timelocks to reduce the counterparty risk. Every participant in the exchange of tokens needs to present proof (hashlock) to complete it. Failing to do so, the locked assets are released back to each original owner after the timelock expires.

A thorough explanation of the protocol can be found on the Bitcoin Wiki.

The problem is that they are not in the same network: alice.token is defined in a private chain using Symbol tech, whereas bob.token is only present in Symbol’s public chain.

Trading tokens directly from one blockchain to the other is impossible due to the technological differences between them. In the case of Symbol public and private chain, the same mosaic name could have a different definition, distribution, or even not exist. Between Bitcoin and Symbol, the difference is even more evident, as each blockchain uses an entirely different technology.

Instead of transferring tokens between different chains literally, the trade will be performed inside each chain. The cross-chain swap protocol ensures that the token swap occurs atomically.

Before starting with the swap, all participants involved in the swap must own at least an account in each blockchain.

Once announced, this transaction will remain locked until someone discovers the proof that matches the secret. If no one unlocks it before the duration set is reached, the locked funds will be returned back to Alice.

The process is atomic but should be completed with lots of time before the deadlines: